I’m interested in water issues and historical land use in Washington, D.C. Working from old maps and reports, I’m making maps that show the course of long-lost streams and forgotten shorelines. I lead landscape history tours of DC, exploring underappreciated aspects of the city’s growth.

This is an ongoing project. Updates and details appear here, while my portfolio presents this work in more retrospective form. 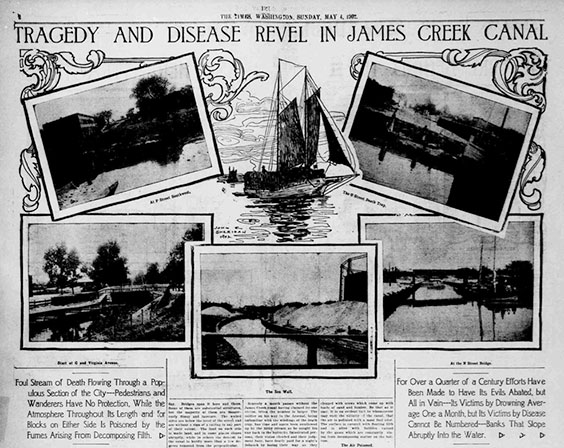 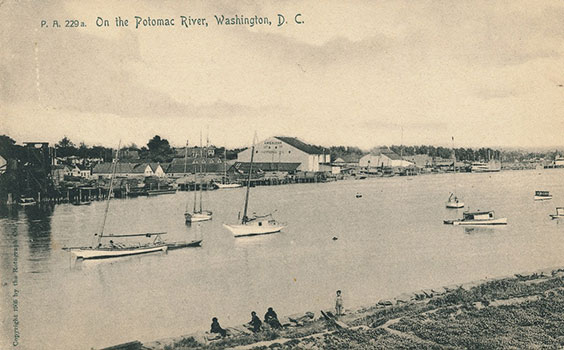 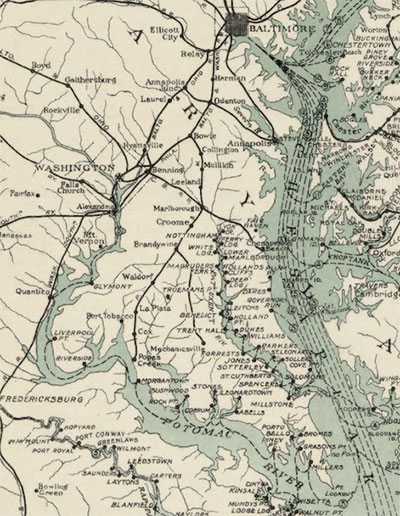 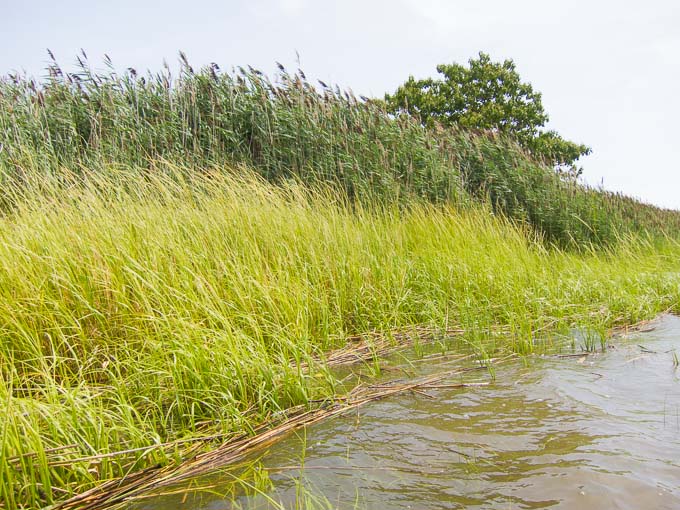 Historic data from Albert Boschke’s 1856–1859 survey, published as a map in 1861. Modern data from DC GIS and OpenStreetMap. DEM (topography) from USGS. 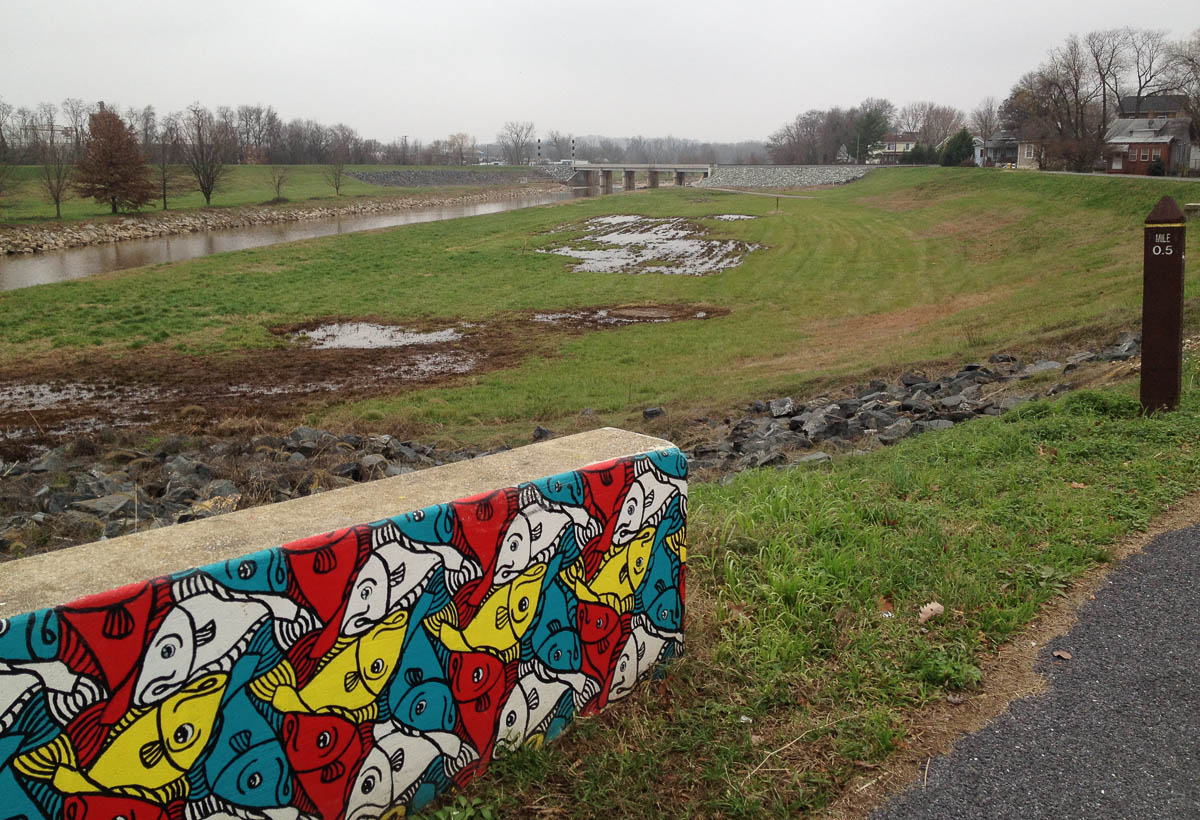 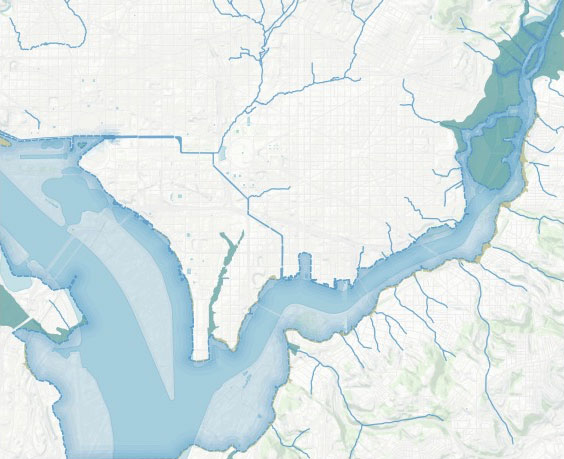 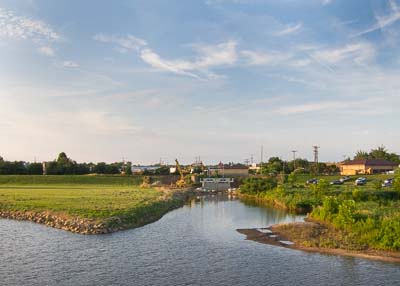 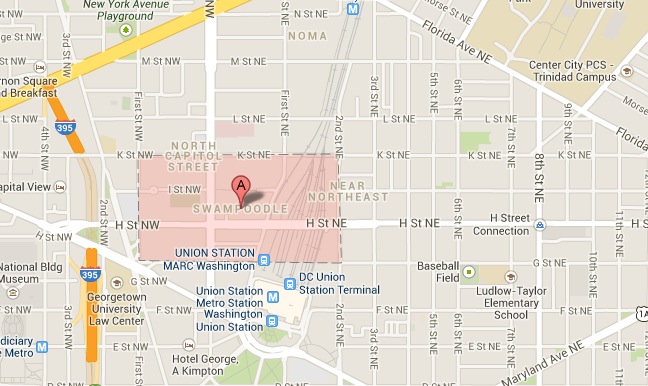 Swampoodle is back on Google Maps 5 October 2013 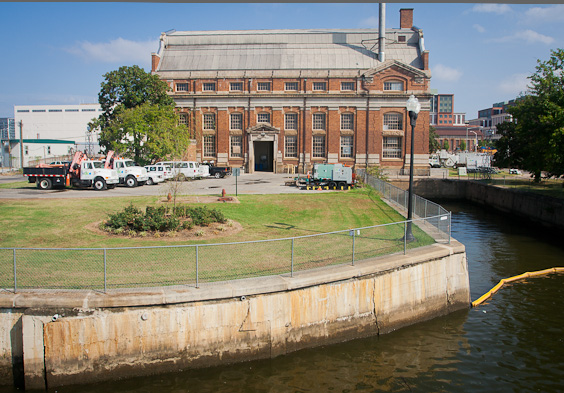 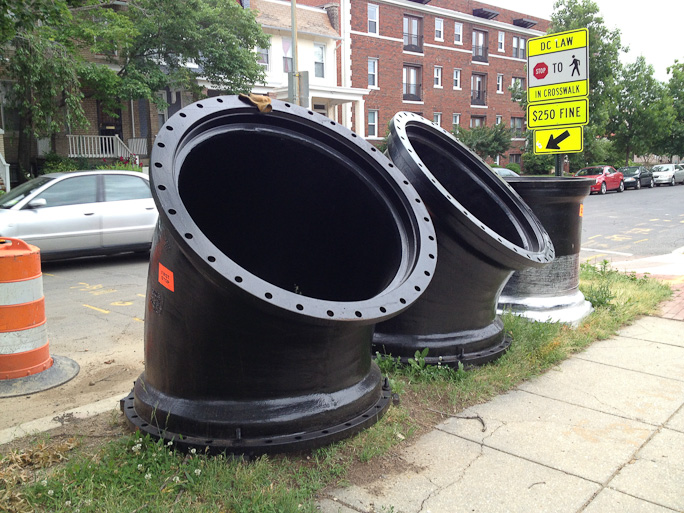