As DC’s grown, the city buried the streams interfered with growth, diverting their waters into sewers. With historic maps, it’s possible to trace the paths of those lost watercourses. I’ve just finished digitizing the course of three key streams in central DC. 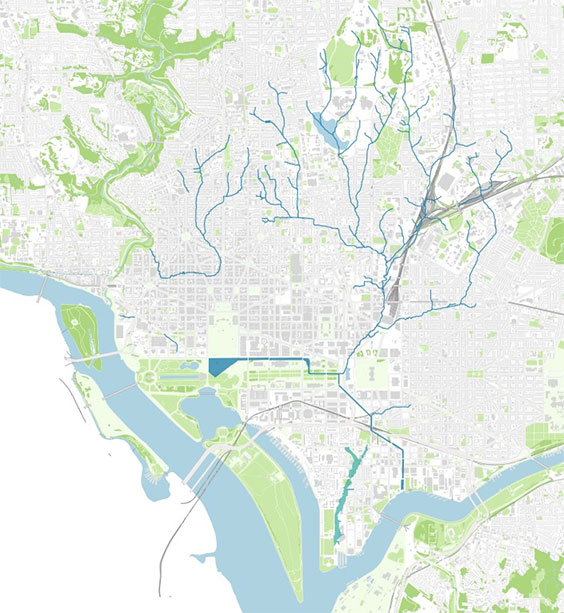 A few former streams in DC: Slash Run in Dupont, Tiber Creek in the center right, marshy James Creek on the SE/SW Waterfront, and the Washington City Canal, crossing the present-day Mall. 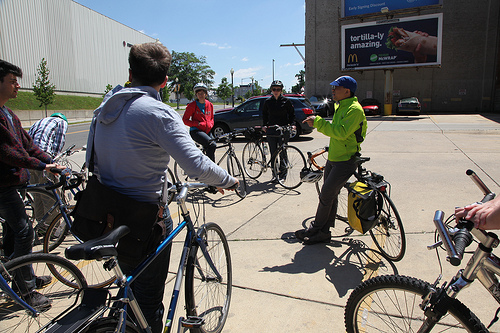 One of the best sources for the topography of early Washington is Albert Boschke’s 1856–1859 survey, published as a map in 1861.

Back in May, I led a Hidden Rivers and Lost Neighborhoods bike tour for Knowledge Commons DC. I quickly traced the streams from the Boschke map and put together some rough maps as handouts for my tour.

Since the tour, I’ve been working on digitizing Boschke’s map in a GIS. The data that I’m producing now are more precise, and they fit more easily with modern maps and other spatial datasets.

A look around DC

Over the next few months, I’m planning to add more streams and create a proper map. For now, here’s a preview: 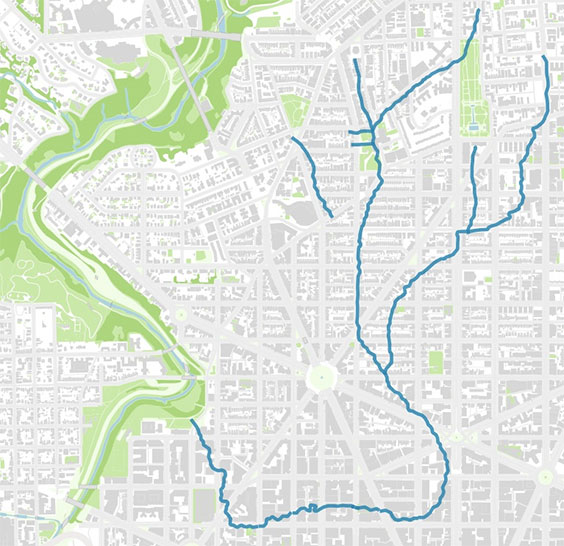 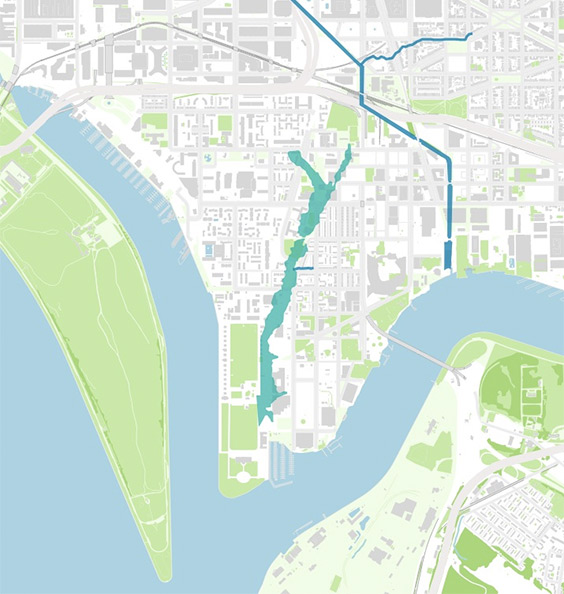 The DC waterfront’s been heavily filled and regraded. James Creek, at center, was marshy even in 1859. The Washington City Canal enters the Anacostia just west of the Navy Yard. 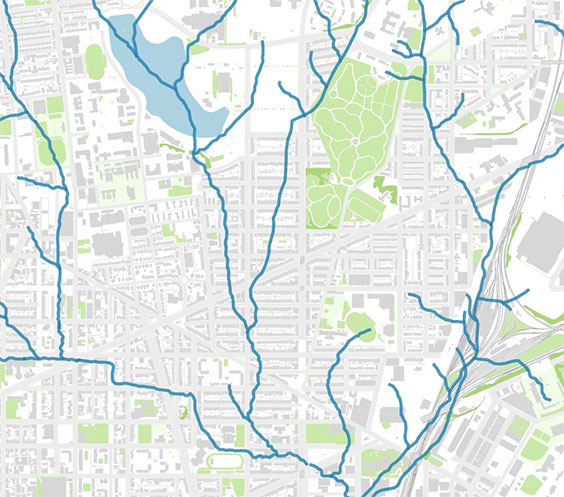 Tiber Creek, once known as Goose Creek, drained an area from the Old Soldier’s Home to the Capitol. One of its major branches runs right through Bloomingdale, along the path of the Flager Place Trunk Sewer. There’s still a sharply defined stream valley down Flager Place, and the topography contributes to the flooding problems there. 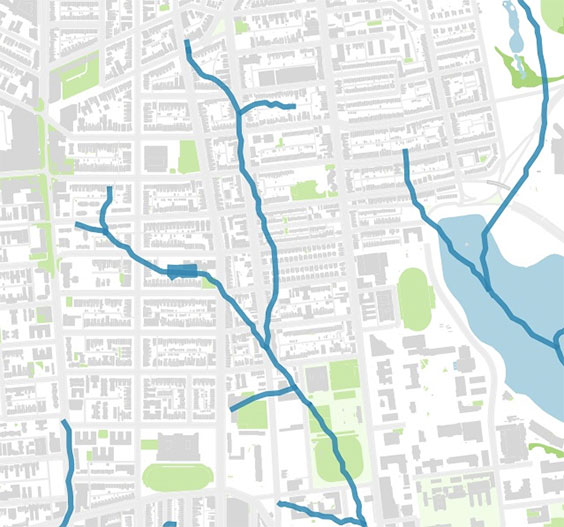 Sherman Ave. always felt like a stream valley – and indeed, it was.

You can download the latest version of the data from my dc-landscape project on GitHub. The vector data are in Shapefile format – the scanned map is a GeoTIFF.

The Boschke map is available from a number of sources online, including from the Library of Congress – and, in georeferenced form, from my GitHub repository. (There are two Boschke maps – a hand-colored one of central DC, and a more expansive one that shows the whole of the District.)

There’s still about 60% of the District left to digitize. Get in touch if you might be interested in helping.

Edit: interactive version of the map.