On Saturday, I rode along with Eliza Barclay’s Urban Garden Bike Tour, offered through Knowledge Commons DC. We visited four farms, starting at the Farm at Walker Jones, on the far southeast edge of Shaw. 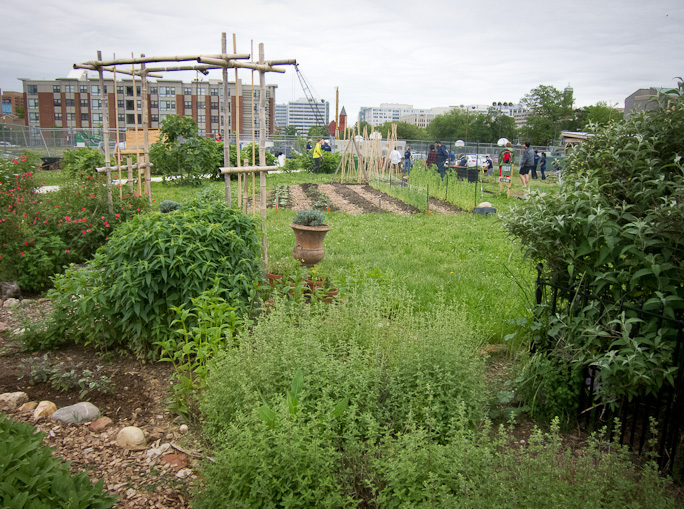 Eliza’d arranged a talk with David, the teacher who manages the garden. The students at the elementary school next door tend to the garden – they learn about plants and the environment, and the food from the garden goes back to the cafeteria. 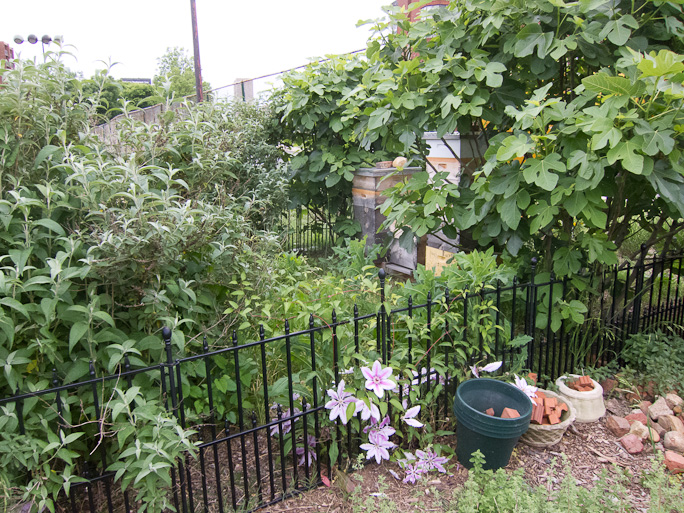 The farm sits far enough from residences that they can keep bees. 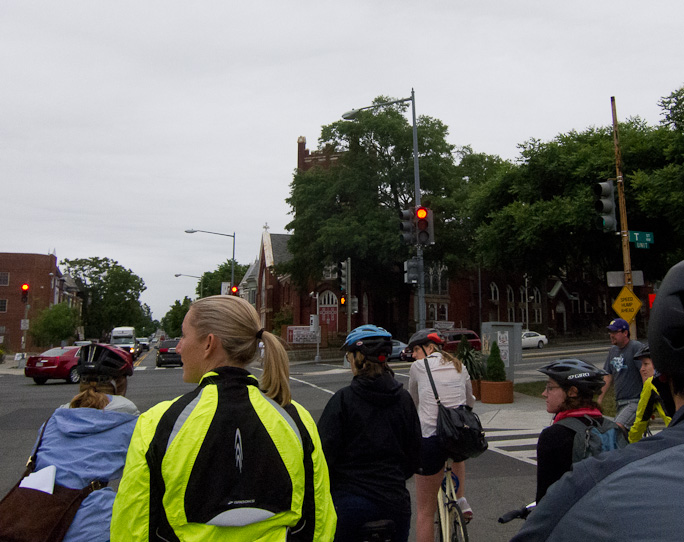 Then we headed north on quiet streets. Eliza, an NPR reporter and editor, first taught this class in September. 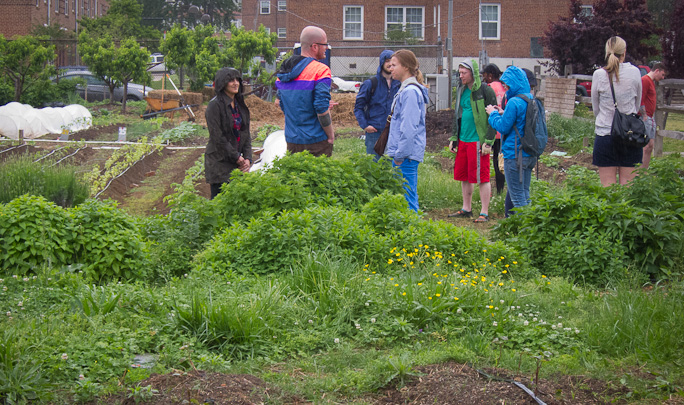 A light rain arrived by the time we arrived at Common Good City Farm in Bloomingdale. The farm occupies a former school baseball field, leased from the city. Common Good provides low-income neighbors with access to fresh fruits and vegetables in exchange for their time. 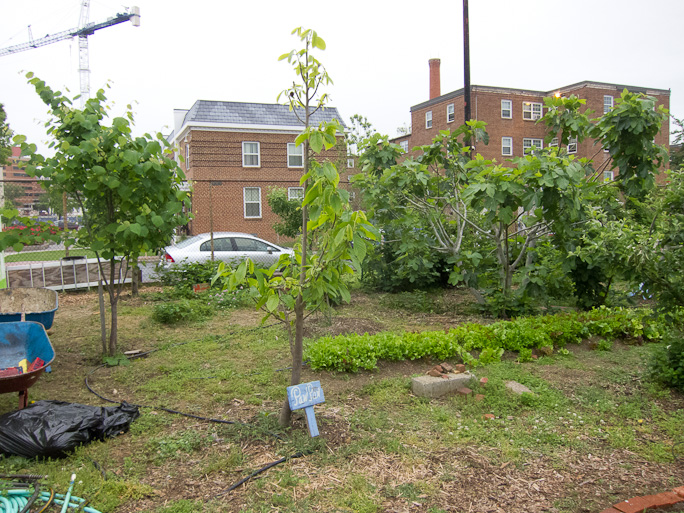 Eliza’d mentioned that there’s a pawpaw tree on the farm. 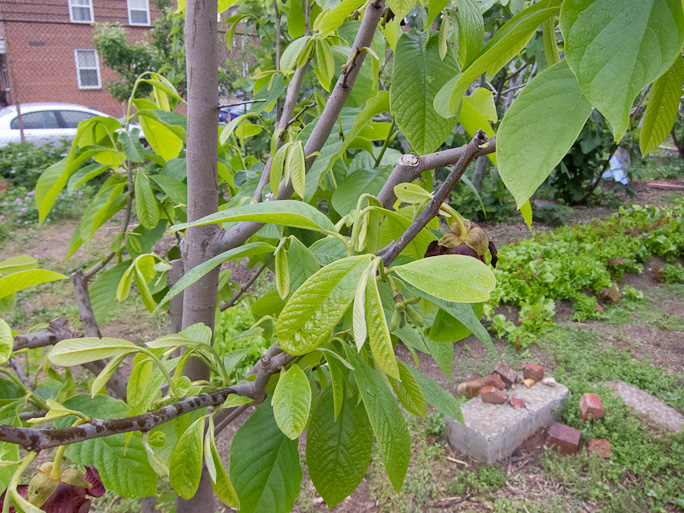 Pawpaws, a relative of the mango, grows wild in the region. 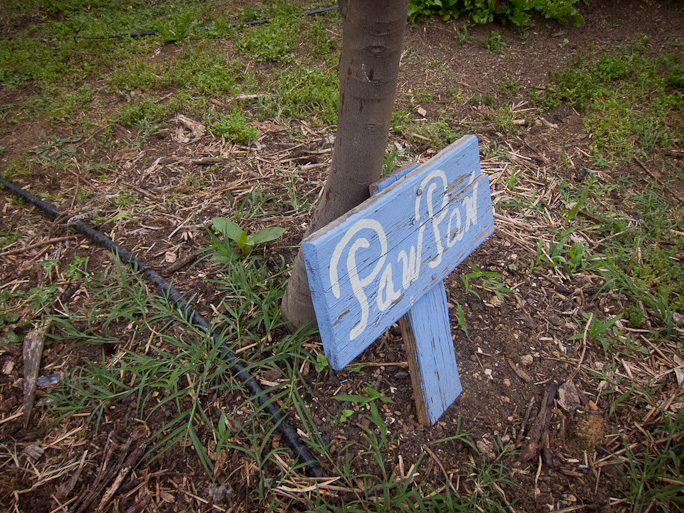 The leaves do resemble those of a tropical plant, but I wouldn’t have been able to identify the plant without the label. 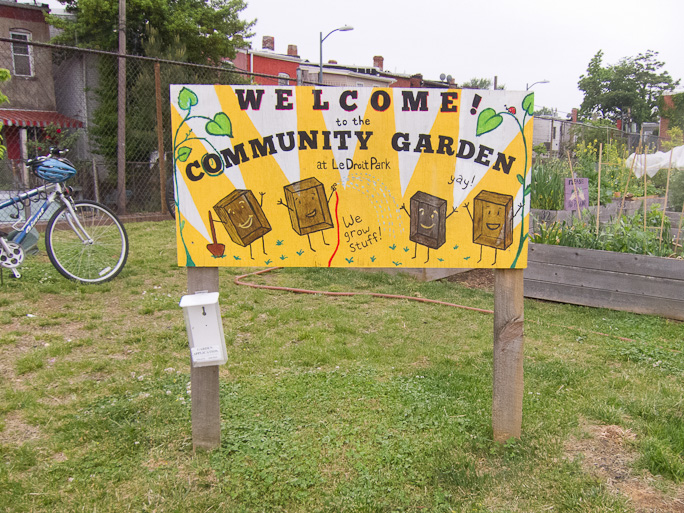 A community garden sits next to Common Good. 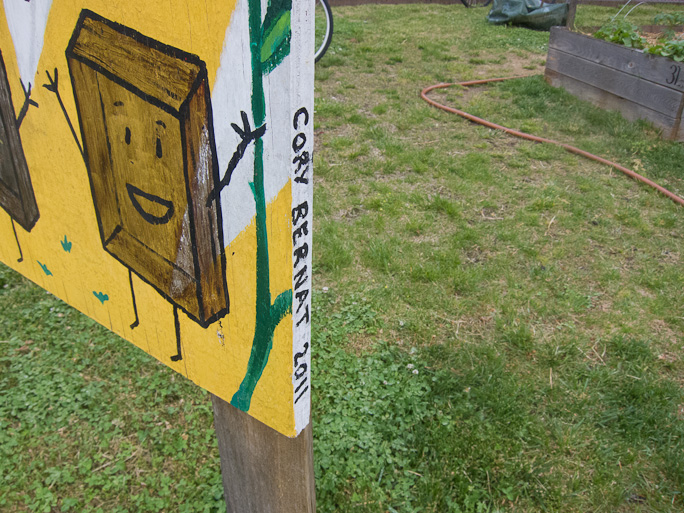 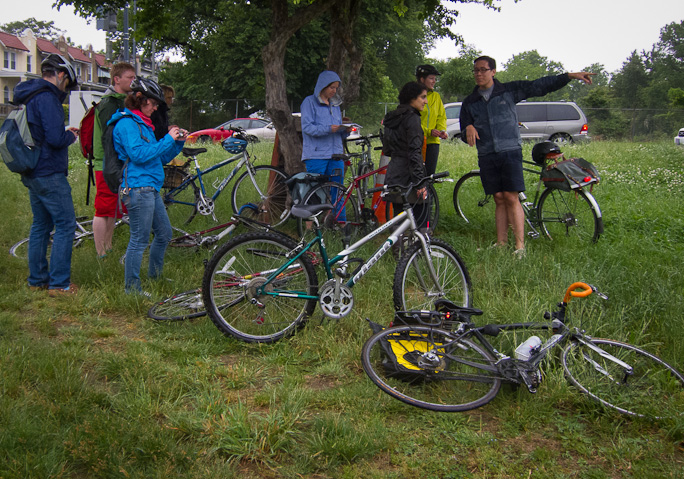 We climbed up the hill to Pleasant Plains, past the McMillan Reservoir, one of the stops on my own tour next weekend. We made our way to Wangari Gardens, which occupies a gore between Washington Hospital Center, the Old Soldiers’ Home, and the nearby rowhouses. 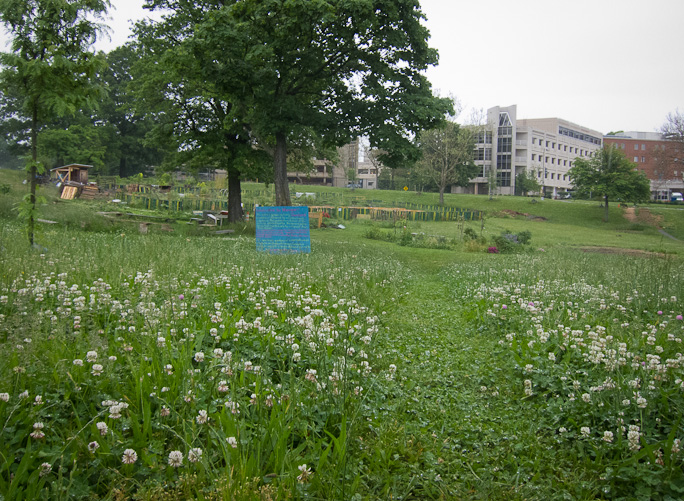 The plot of land is a one- or two-acre gore, left over after road construction and owned by the Federal Highway Adminstration. When the farm’s founders tried to find the landowners, everyone around thought that someone else held title to the site, Eliza said. 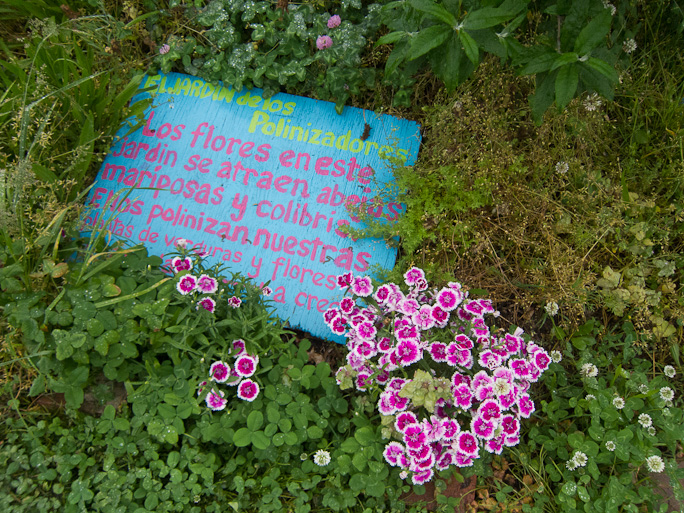 Wangari’s organizers work to involve the surrounding community. People can claim spots within a fenced-in area, but the parts of the garden outside of the fence are free for all comers. 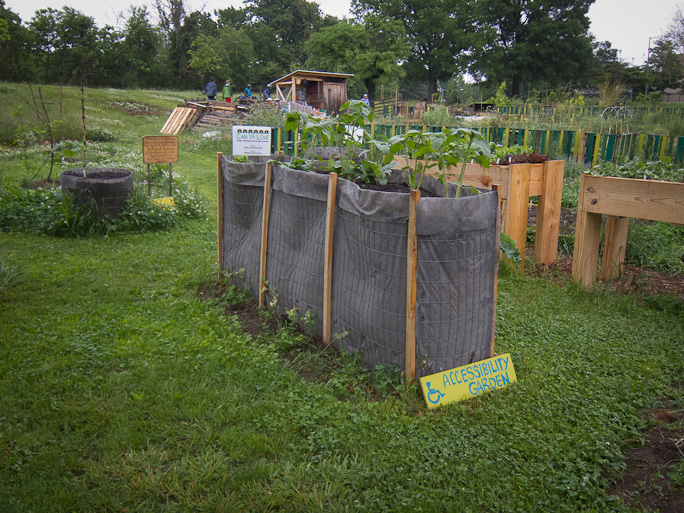 These beds sit high enough that people with low mobility can work at them without needing to bend down. 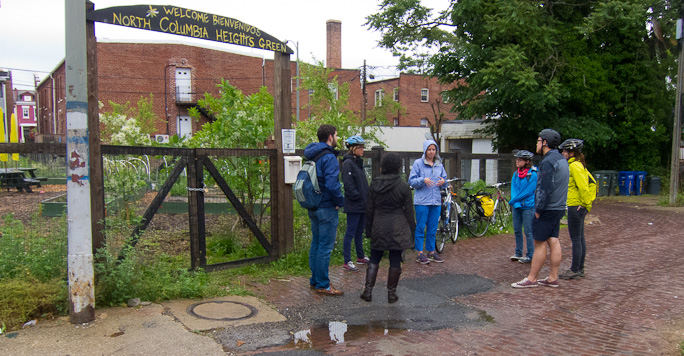 The rain slackened a little, and we pushed onward to the northeastern part of Columbia Heights. The North Columbia Heights Green is tucked into an alley lot behind a block of rowhouses. 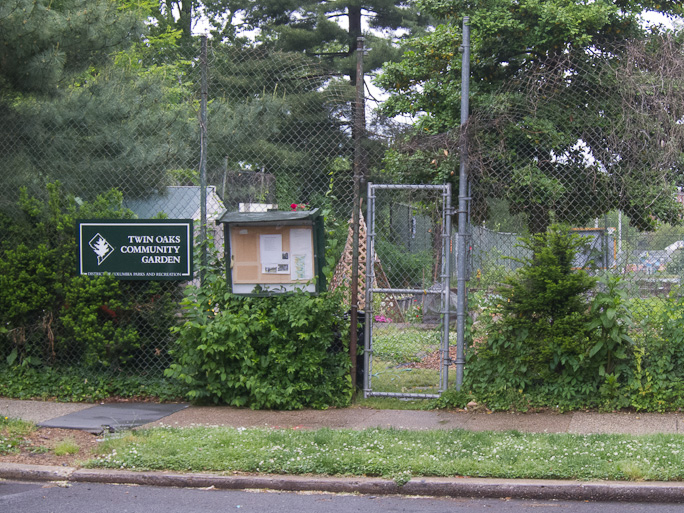 We made our fourth and final stop at the Twin Oaks garden, just at the edge of Columbia Heights and Petworth. 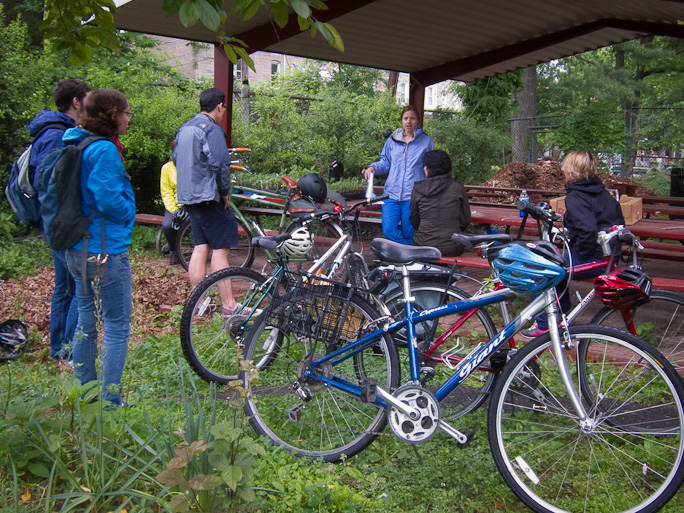 Eliza sits on the Twin Oaks board. She spoke to us about some of the pragmatic aspects of running a community garden. 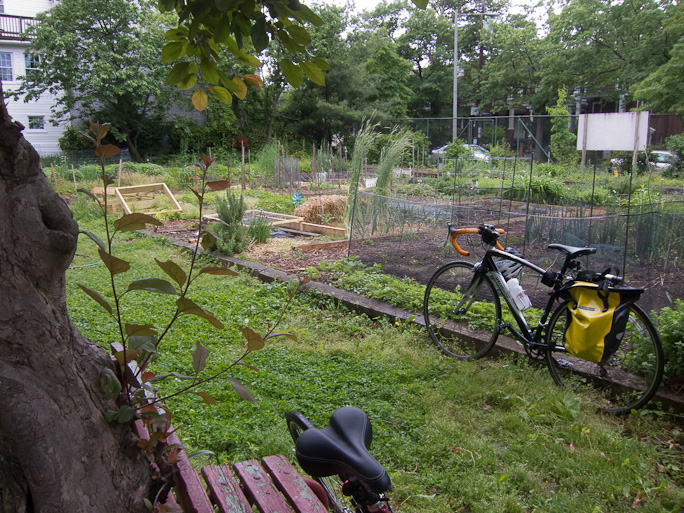 Twin Oaks is a more established garden on the hobbyist model. 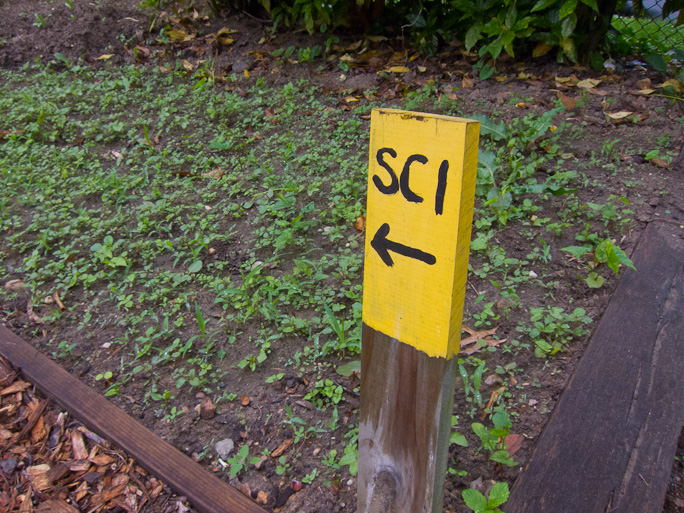 This year, Twin Oaks gave several plots to a nearby school. 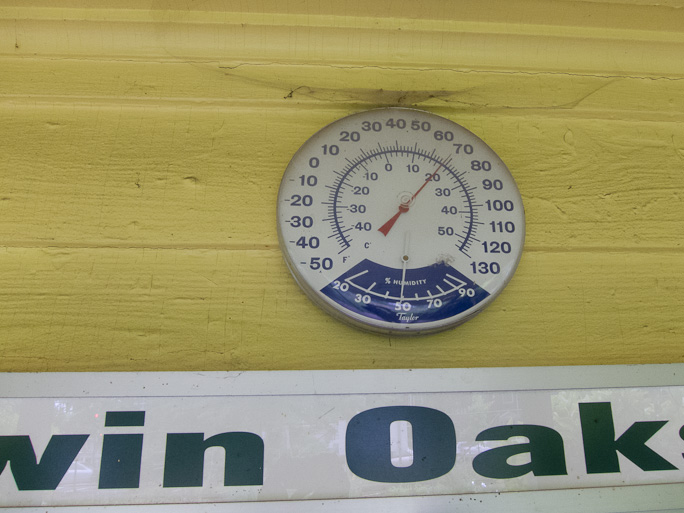 The rain let up. The weather doesn’t feel nearly as hot as it’d been the last week, even though the temperatures were still warm. 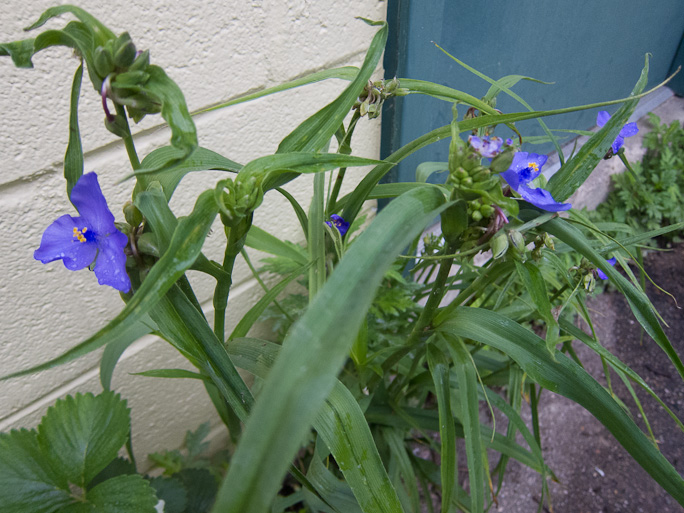 There are more trees in this part of Northwest, and the vegetation seems denser, somehow. 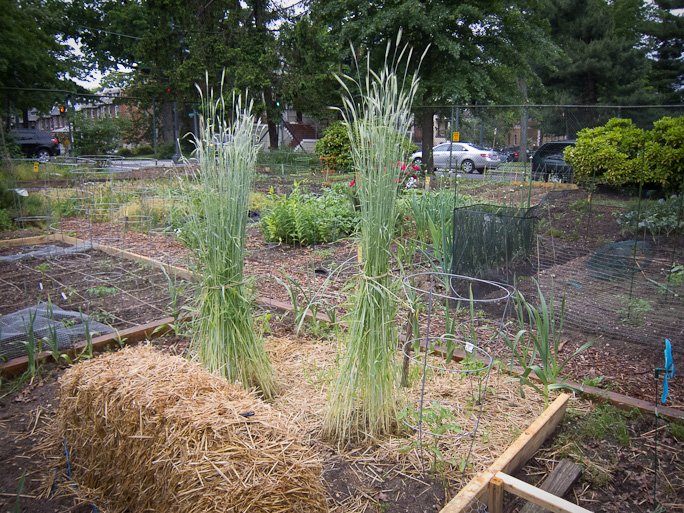 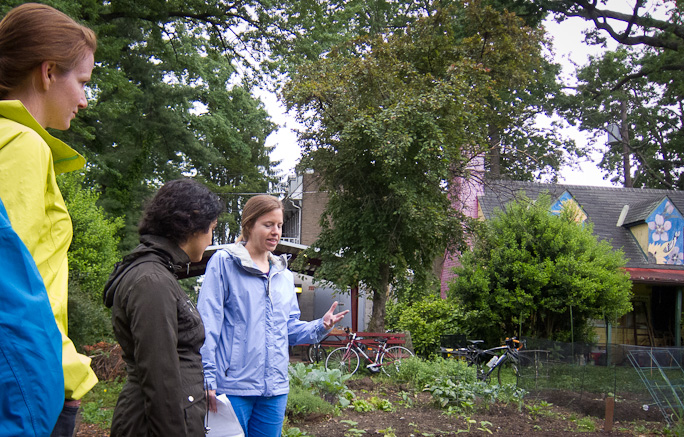 We started with thirteen students (including Jen, who did a fine job of facilitating the class). Some of them headed home because of the rain, but eight stayed through the end. They had questions for Eliza. 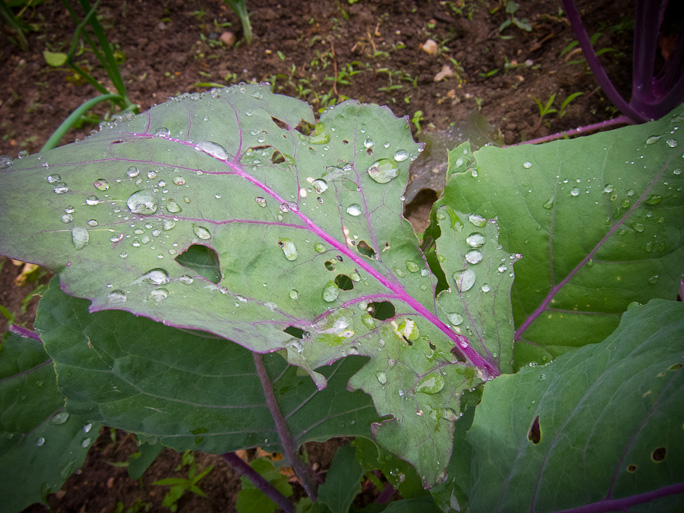 Kale and rain. It’s remarkable how intensive attention can change a vacant lot to a farm or an ecosystem in mineature. 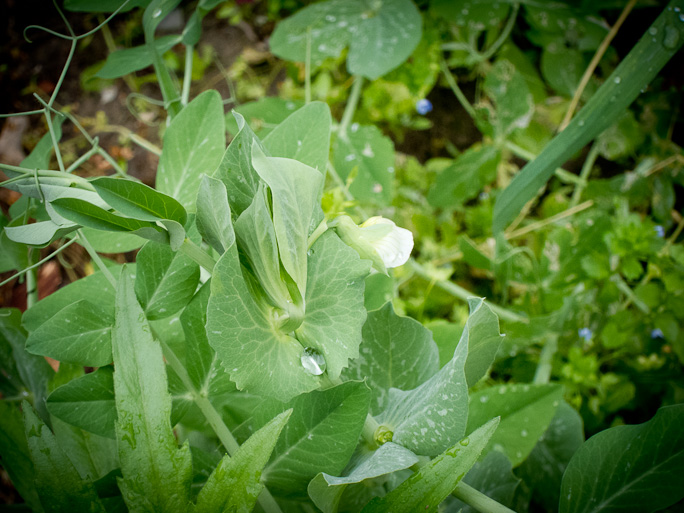 Peas are starting to flower. 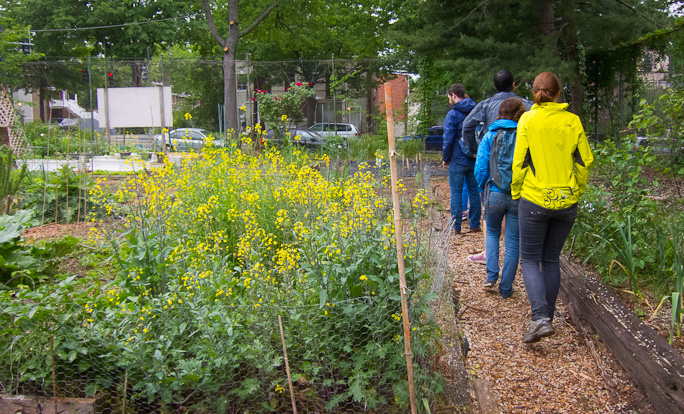 A plot filled with kale brings a wave of color. 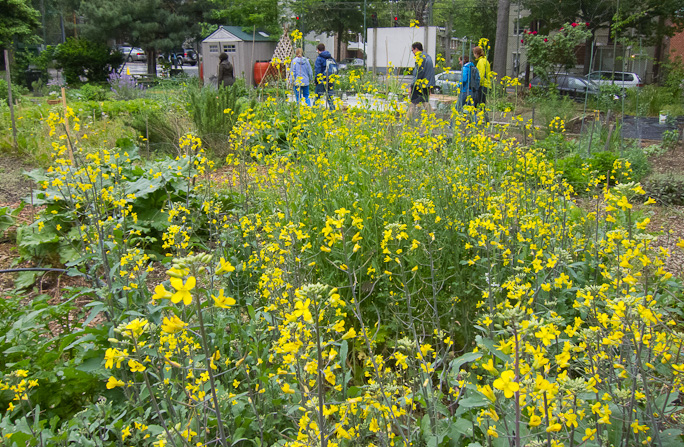 Thanks to Eliza and to the speakers for a fine tour.