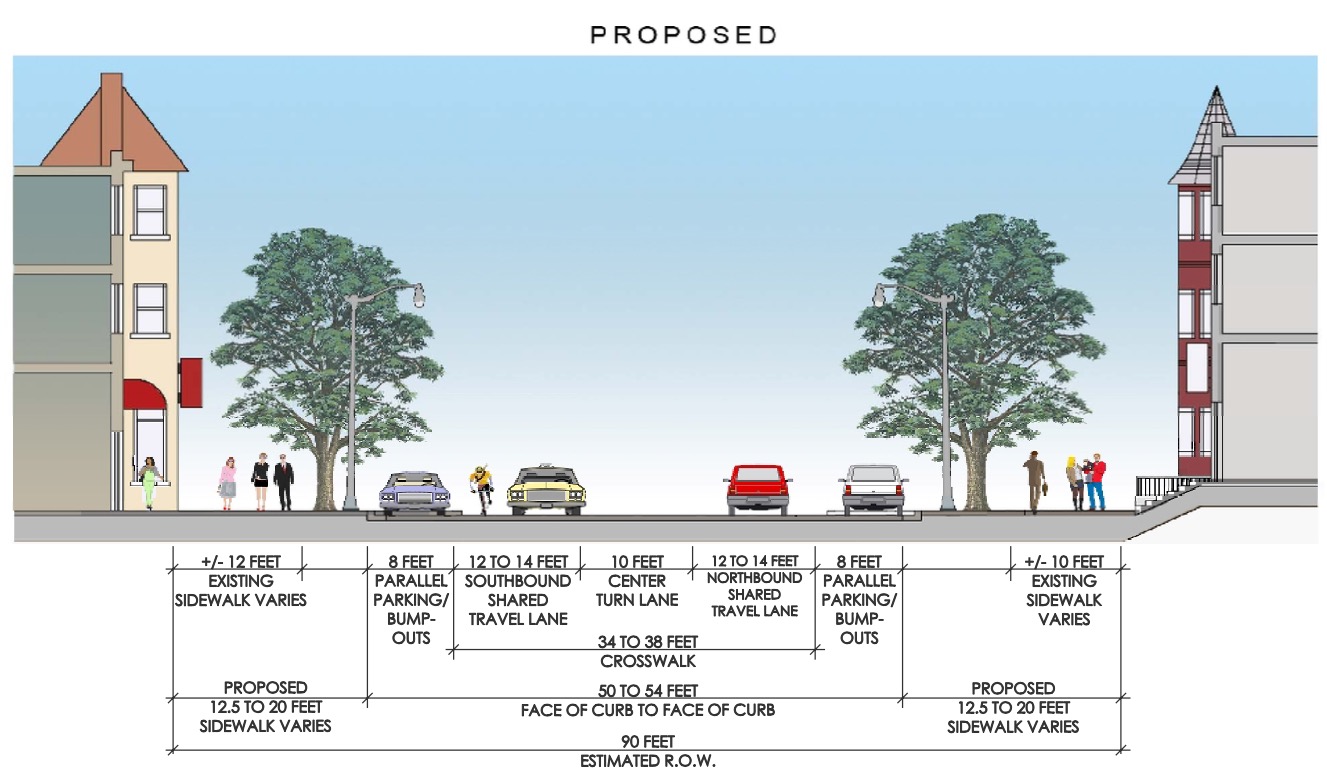 On the evening of Thursday, June 8, a man drove his pickup into two police officers and a traffic control aide, who were working on 18th St. NW in Adams Morgan, D.C. One of the officers remains in the hospital. The driver, who may have been under the influence of synthetic marijuana, has been charged with assault with intent to kill, among other charges.

This is a complicated incident, still under investigation. It may well be that this driver intended to hit the police officers, but this could equally well be a case of road rage or impaired driving. Drivers go roaring around stopped cars all the time. That aggression caused a fatal crash in Bethesda last winter. Earlier this year, a former Episcopal bishop was denied parole for her role in a high-speed crash that killed a Baltimore cyclist.

The street’s design makes this kind of crash more likely

Whatever the cause of this incident, dangerous driving presents problems on 18th. The street design makes injuries and pedestrian–vehicle conflicts likely. This is a busy neighborhood, especially at night, thronged with pedestrians, bicyclists, busses, drivers looking for parking, and cab and ridehailing drivers dropping off passengers. The travel lanes are excessively wide, at 12–14 ft. A center turn lane/median is separated only by yellow stripes. Drivers use the turn lane for unsafe high-speed passes around stopped cars and bicyclists. Cab and Uber/Lyft drivers pull U-turns across the street, paying little heed to whoever might be in the way. During the day, delivery drivers park in the turn lane, blocking lines of sight.

MPD officers typically occupy a post at the top of 18th St., in the middle of the median/turn lane. On Thursday night, the police officers were standing in this lane. Before last week, the officers were usually on foot or on bikes; since then, police have started to protect themselves with parked cruisers.

I live in the neighborhood, close enough to have heard the sirens on Thursday, and I ride, walk, or bike on 18th St. every day. The street’s design worries me. Other Adams Morgan residents share my concerns. ANC1C plans to take up the incident and the design of 18th St. in the June 14th and 21st.

Imagining a better street with the help of Streetmix 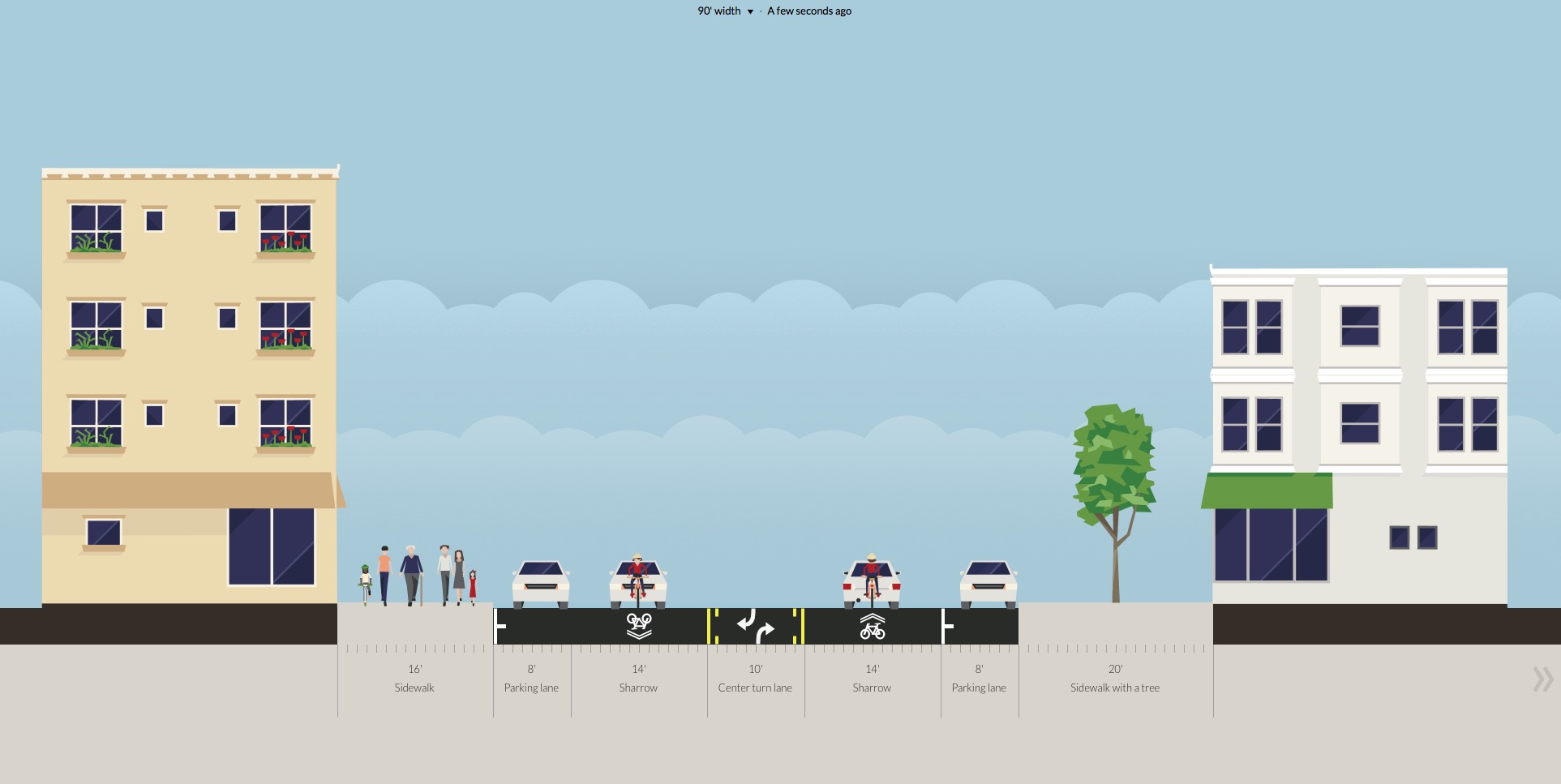 18th St. current conditions, based on 2009 project plan, on Streetmix.

Code for America fellows built Streetmix, a website that makes it easy to create and remix section views of streets, letting more people readily start to think about alternative street designs. I put together a Streetmix model of 18th St. NW in Adams Morgan, based on the 2009 project plan. There is a fair amount of space to work in, with a 90 ft. average right of way. 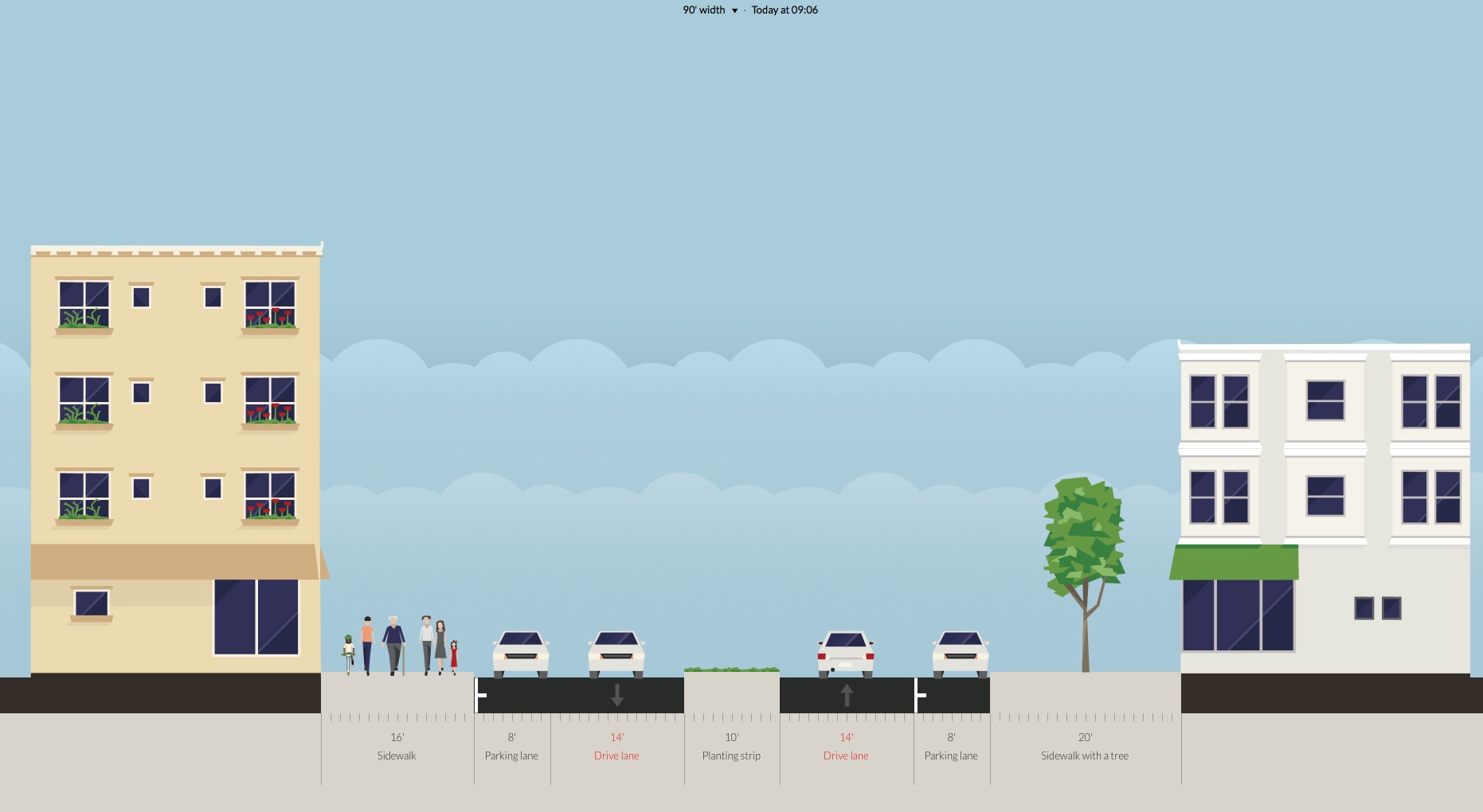 18th St. with a raised median. 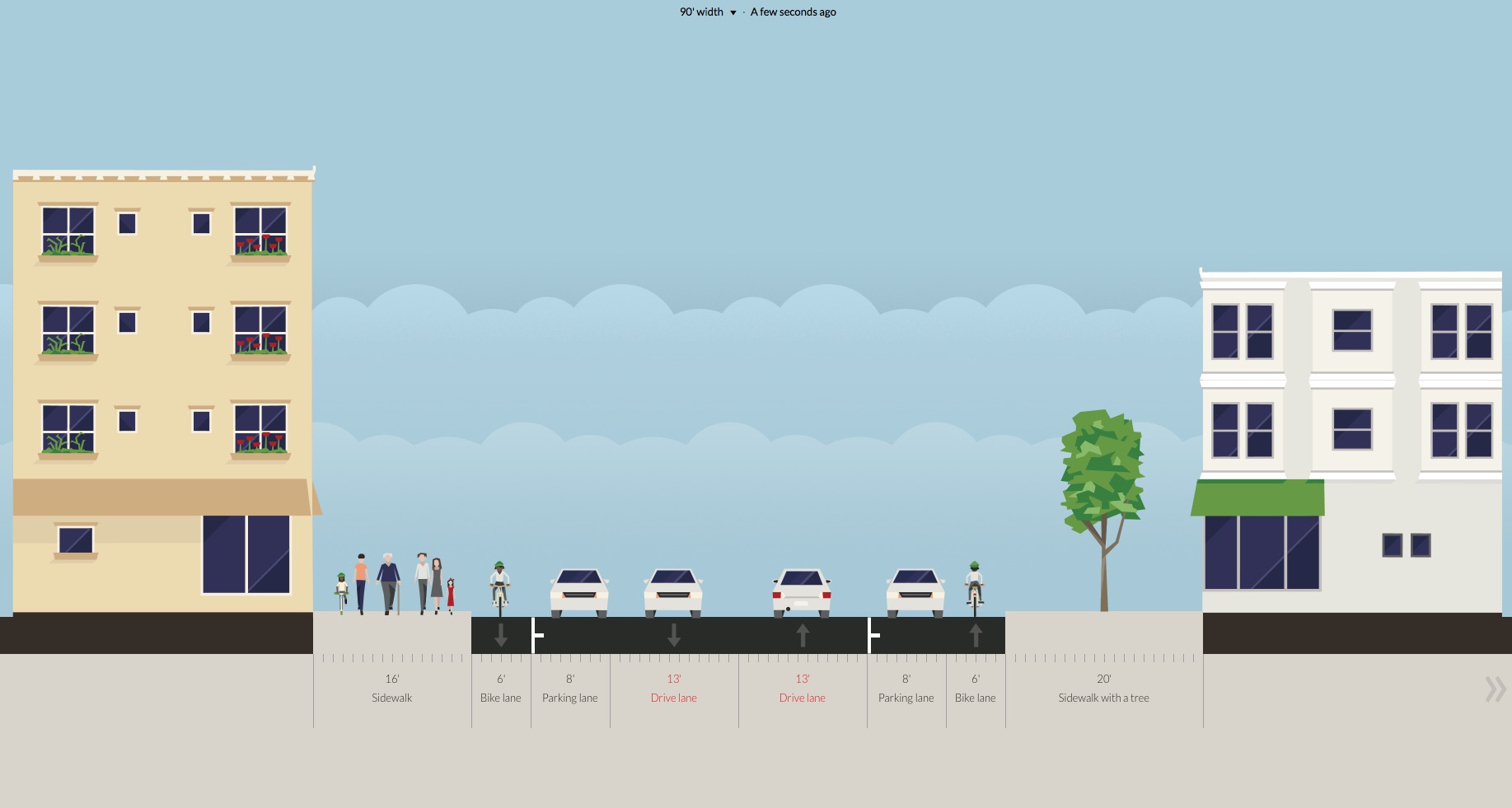 18th St. with protected bike lanes between the sidewalks and parking.

You can see and edit the model yourself.

This street layout is relatively new. During a rebuild completed in 2012, the street saw a number of improvements aimed at pedestrian safety. (Greater Greater Washington ran a story about the street’s design in detail, and the DDOT project website remains accessible through Archive.org.) The street gained wider sidewalks, parallel parking replaced angled parking, and bulbouts shortened walking distances at crosswalks. Proposals to raise the center median went unrealized. Adams Morgan residents have long been calling for the street to become a pedestrian zone during weekend evenings, but rerouting the busses presents a problem.